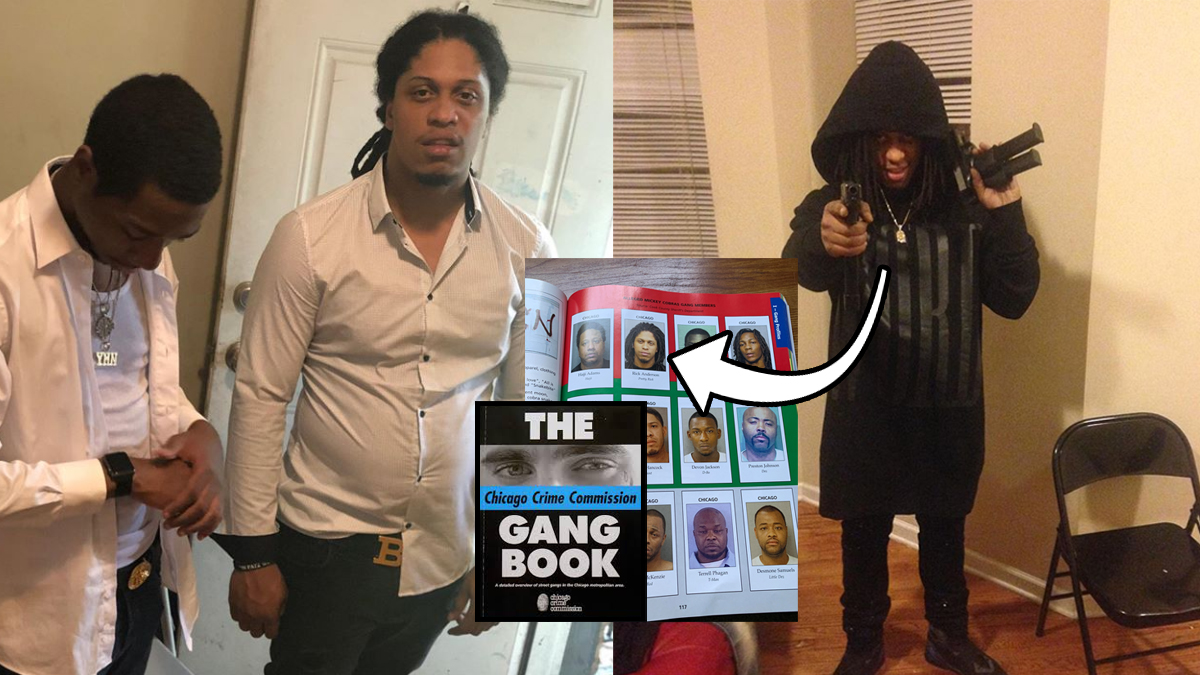 We write lots about drill music here on Weapons Grade Viral Media. If you aren’t familiar with this controversial subculture, there are plenty of places we suggest you start before reading about someone like 051 Rose. In short, drill music is the future of gangster rap music. The gun violence and social issues rife throughout American “hoods” is expressed vividly and sometimes concretely through lyrics and videos. Drill music is to rap music what metal was to rock in it’s golden age.

The movement is seeing an influx of new listeners and hype right now thanks to the mainstream successes of artists like Pop Smoke. Many are now curious who the figure behind the scenes are: Who are the hustlers that are attempting to break through musically? Fans are especially obsessed with learning about the enforcers behind the rap stars. The “street legends” are easily the hottest discussion point on fan communities like “Chiraqology“. Some artists, like 051 Rose, have been on both sides of the spectrum.

During the pioneering age of drill, fans got an insight into Chicago gang violence and politics via the lyrics of Chief Keef and similar artists. It was obvious which gangs are on Keef’s side, and which were the opposition. One of these gangs is the notorious “051 Young Money“, which is a neighborhood set composed of several local gang memberships united by blood feuds.

051 member Marc “Lil Marc” Campbell was the first party on their side to extend their side of the beef into music. He had responded to Chief Keef and company’s antics with a would-be viral music video called “No Competition“, spitting a back-to-back flurry of personalized, disrespectful verses. The music video features several 051 Young Money “shooters”, including Ricky “Rosé” Anderson (or just Rose, pronounced roe-zay) – who is seen holding a TEC-9 pistol throughout the video. At the time, Rose was not a rapper.

A number of individuals musically represent 051 Young Money in 2020, but in 2014 Lil Marc was basically the sole hope for the relevance of 051 Young Money in rap culture. His scathing diss track crudely mentioning the names of countless murdered young men was enough to propel them onto radars. This had eventually caught up to Lil Marc, however. Very shortly after the release of “No Competition” he was shot and left for dead at a bus stop. It is almost only fair to say that most of Lil Marc’s relevance was posthumous.

During this time, Rose began his career and released his first project. He intended on continuing the legacy of Lil Marc and was clearly serious about retribution.

The Early Career of 051 Rose / “The Looseskrew Tape”

The online presence of 051 Rose traces back to ~September of 2014, when he released his debut mixtape “Loose Skrew“. This project was subject to much praise from drill fans and is considered to this day to be a certified classic in the genre. Exampled of beloved (and disrespectful) tracks from the mixtape include “Un-Normal” and “Nothing to Me“. Shortly before the tape (July 2014), he had released the music video for “Like it or Not” – the only visual from the project.

Unfortunately, the initial career of 051 Rose was short lived. During his successes, he ended up catching a case and serving a couple of years in the Illinois prison system. Now at the age of 31- Rose has been back in “the Raq” for some time. Not only that, but he has clearly been plotting. In 2020, 051 Rose is one of the hardest working (rising) artists in the city.

Rose made his return official in 2019 with the release of a number of singles / music videos. It was clear he had been preparing and investing in himself, and was ready to start consistently applying pressure. One of his first was “Headshot“, an incredibly short drill banger that you can only wish was longer. Rose sounds confident and delivers an impressively quick cadence over a dramatic piano track.

Nothing has changed in the streets of Chicago. On some tracks Rose is more disrespectful then others, mentioning the names of his deceased rivals in a taunting fashion. This type of music can only make you wonder what kind of dirt the other side was up to.

“PD in the cut with 50 on him, n*gga flinch he gon’ bake some’ / no fucks given if his bitch with him, Smith-& re-arrange her lace front”

Some other hot modern 051 Rose tracks include:

“A lot of free smoke, they couldn’t handle the Bob (Bob-O!)”

One often hears 051 Young Money rappers like Drilla and Rose speak on an individual named “Bob” or “Bob-O”. Being referenced is a notorious 051 Young Money rival named Kamari “Bob-O” Belmont (THF), who was famously killed just minutes after leaving Cook County Jail. Gunmen were waiting for him and got beside him at an intersection, where they proceeded to open fire. The suspects ended up crashing their (stolen) car in the process but made it away on foot. While the murder remains unsolved to this day, 051 Young Money likes to take credit for the hit over and over.

“Factors” is a “I don’t need a hook”-type diss track in which Rose refuses to let any of the dead rest. Mentioned are the names of dead rivals from several different gangs, including McArthur “Nuski” Swindle (who was once signed to Lil Durk).  Rose is probably responding to his rivals music with this one, as 051 Young Money is far from the only gang out of Chicago making disrespectful drill.

“This that Raheem and Black, Faheem and Shaq, Stello, Twhy, that’s a lot of get-back”

He is currently as active as it gets in rap, and through his lyrics one can see that he is taking it as serious as possible. With the successes of artists like 051 Drilla, Rose is no longer the lone Young Money representative either. Make sure you’re staying on top of everything from the original Loose Skrew by following his Instagram – @flicksohard.

Articles Mentioned in “051 Rose is an Enforcer-Turned-Rapper”

A victim of a gang feud, It took his murder at 19 years old for the world to find talented Chicago rapper Twhy.

Blackgate Benz Zoe from Chicago has been continuously applying pressure on the rap world for years, but only lately has he been getting the attention to prove it to us.

Before his now successful rap career, King Von was proud of his gun-slinging.

WorldStarHipHop recently hosted a RondoNumbaNine interview (Clint Massey) via video conference while he is serving out his 39 year sentence.