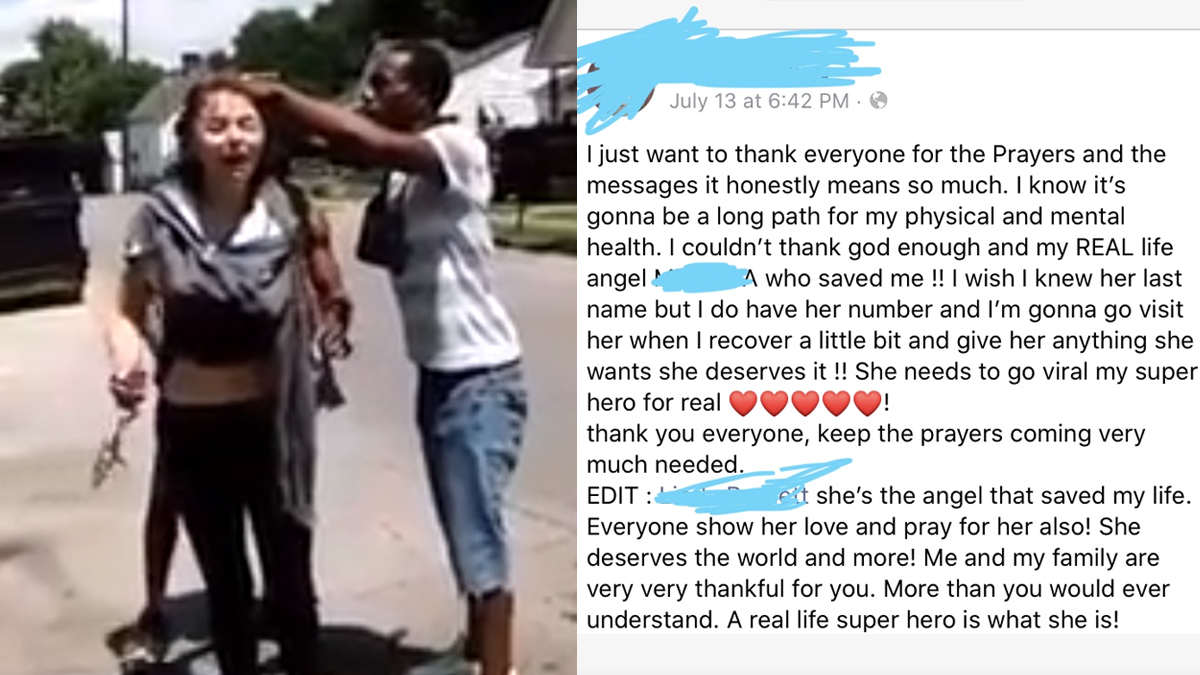 An alleged failed kidnapping in Lexington, Kentucky is making the rounds on Reddit recently after a video circulated showing a frantic young girl being assisted with removing tape from her hands and head in the middle of a street. Reports state the girl was able to escape from a moving car, where she was immediately aided by bystanders. This incident took place on July 11 of this year.

The girl in the video is apparently responsible for the following Facebook message expressing gratitude for the help she received:

The failed kidnapping incident in Kentucky had very little media coverage, seemingly with just one vague local article describing the event. This is explained as being a measure to protect the identity and privacy of the minor victim.

A Redditor gives his take on the lack of coverage:

“You don’t need to interview the girl to write a more compelling article than this. The dumbest fluff pieces get more detail and thought than this. I could literally write a better article just from watching this video and looking at the police statement. This was so incredibly low effort that it’s insulting to the victim and their family, like an obligation rather than an honest attempt to bring awareness to an ongoing issue in the community. I’m all for factual news reports, so I can see the value in only writing the facts, but there’s also an argument to be made for the power of words and presenting facts in a way that stirs readers to be more than apathetic.“

WeaponsG.com was able to confirm that the video is indeed filmed in Lexington, specifically on the 500 block of Ohio St. like the local news segment states. [via Google Maps]