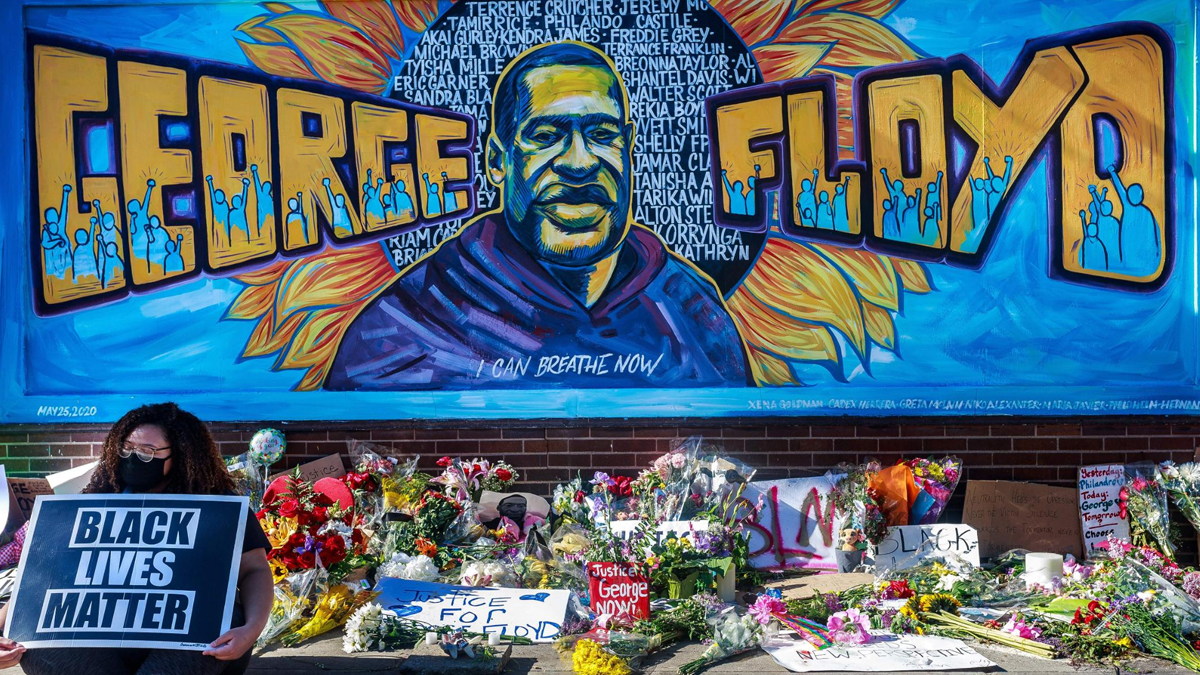 When George Floyd was murdered by Officer Derek Chauvin on May 25, 2020, it only took about a day and a half for nationwide tensions to erupt into chaos from coast to coast. The African American people of the US, much of them stuck inside the cycle of generation poverty, have long been frustrated by the abuse of their people by militarized police. The list of names of innocent black people executed by the police has grown sickeningly large, and we constantly see bureaucratic systems at work protecting this massive overreach.

The chaos, murder and destruction is indeed shocking to a privileged onlooker. The circumstances can easily lead a typical, otherwise reasonable and “non-racist” white person to believe that black people have a behavior problem as a whole. I, the writer, am white, and I grew up around these “otherwise reasonable” people.

Constantly, you meet white people that say they are “far from racist”, but “it’s the undeniable truth that black people are more criminal and more of a problem for the police”. These same white people show you numbers to back up their point of view, and continue to assert that they do not believe black people are dangerous because they are racist. They “are just going off of the statistics“, they say. But white people do not ever discuss WHY the statistics are that way, why the murders happen as often as they do, why the average black person has a polarizing way of life compared to the average white person born into the middle-class.

So youre a middle-class white person…

If you are a middle-class White american, you are most likely born into the world with the following things: A mother and father with a stable financial situation, said parents have ties in the community, have retirement funds, have health insurance, and have accounts set up for their children (pre-filled with their tuition). These parents have the stable situations they do because THEIR parents had a piece of ownership and influence within the community. Furthermore, besides your parents generation wealth and ownership, your parents have an extended family made up of brothers and sisters and cousins that have similar stability, security, income, influence, power, ownership.

Just by you being born, you immediately have access by-default, to security and safety. You will most likely be encouraged to do your own thing, create your own identity, and make your own money and influence, but many kids are never pressed to do that and instead always live off of their parents influence and wealth. If any worst-case-scenario ever happens with you, your many relatives with incredible senses of security will make sure you are good.

These are the very concrete concepts that people are trying to communicate when they are talking about “white privilege”.

Now step into the other shoes

When you are born into an impoverished family (not necessarily a black family), try to imagine what kind of sentiments and worldview will be instilled in you as you grow. Try to put yourself in those shoes, the shoes of someone with no father, just a mother with an extensive criminal record because she had to do things to feed herself and her kids. She has no nest egg, no trust fund, no health insurance, nothing put away. She’s been getting it how she lives, and then she got knocked up.

Her sisters, brothers, cousins and parents are all people with similar stories. They have pent-up frustration from watching police aggression their entire lives, frustration because the law chastised them for doing the risky things they had to do to keep their stomach full. All they have ever felt from America is the pressure of the police. They will tell you about many of your relatives that were good people, who were just trying to make it out and now they are locked away forever.

But is that all?

No. Going further, many of your relatives are plagued by mental illness that will never be acknowledged, diagnosed, or treated. They have witnessed heinous violence in front of their eyes and have been victims of the most sinister betrayal, and now they live inside a permanent cloud of persecutory anxiety. Textbook PTSD. They decide that it must be addressed somehow or life cannot go on, and that is where the prominence of alcohol and drugs in the hood comes in. Addiction is almost always a direct result of poverty and despair. When communities become oppressed, they turn to substances. See the Gin Craze of the 18th century.

Mom and dad and auntie and uncle openly consume alcohol and smoke, X and Y beloved relative where shot dead by the police because they had their gun on them they felt they needed for their sanity. None of your family has any sense of security, stability, ownership. All they have are sad stories about gang-banging, stories of failure while trying to hustle their way out of the hood, stories about why the system is holding your people hostage. Countless stories of would-be-mature relatives that tried to go the right way with a job, and could never get one because of their criminal past.

So what happens if i’m a black person with these circumstances?

As you grow, you will be encouraged to show apathy to white America, and rightfully so. What have they ever done for your family but abuse you and lock you away?

Many black children are even taught by their parents to become a man and start hustling when they reach a certain age. White people fail to realize how common it is in the hood for a 14-year-old to be the man of the house, the one that is keeping the electricity turned on and food in the fridge.

Or do you think you’d be trying to bring attention to WHY it is that these communities are so dangerous, generation after generation?

It is indeed frustrating for lots of white people to watch these businesses burn, because they grew up around nothing but business owners. They feel a very broad sense of attachment to the wealth that is in America. Black people feel alienated from it. They systematically are, and have been.

But this is all unfair to argue because there are plenty of white/black people born into the same position, and they end up doing okay!

This is absolutely true, there are always outliers. There have always been mature, successful black men to come out of the hood.

To go further, In the US, there are even entire communities of white people that might as well be typical, black “hoods” in terms of how impoverished (and therefore chaotic) they are. That is simply because these communities are also historically poor and without anything to their name, for generations. It just happens to be a predominantly white area.

There are also plenty of black people raised in a safe, stable and financially secure environment with (usually) white people. These people will turn out exactly like a middle-class white person, with probably the same worldview and belief system. These particular black people will also not understand why so many of their fellow black brothers are rioting and looting right now.

Of course we see nothing but senselessness and criminality when you see looters and black-on-black violence. The only people we have ever known are peaceful, stable people with posh and sheltered worldviews.

How can I learn more about this measurable sense of “white privilege?”

Do some research into how municipal governments and political figures have historically treated black populations, including with their policies and governance.

Do some research into what causes a community of human beings, not necessarily black people, to devolve into a constant state of murder and chaos.

Take some time to explore how community centers and school systems really are in the average hood. Look into just how much government funding that these schools and these community centers are getting (if any), and compare that to the amount of government funding white programs receive constantly. Take note of the curriculum that you experienced as a white, middle-class student, and now compare that to the nearly obsolete curriculum taught in these neglected schools.

I challenge you to look into patterns of political corruption that have consistently plagued notoriously violent and predominantly black communities like Baltimore and Chicago. Those are just two cities.

The bottom line is, the human being is an amazing and smart creature. There is not a human being on the planet that wants to consciously live the way people in the “hood” have to live. White people love to talk about how “N****r” is a mindset”, and sure, maybe the point they are (very ineffectively) trying to make is based in some logic. But they never consider that that same “mindset” is actually a defense mechanism.

Read more about this on Wikipedia: