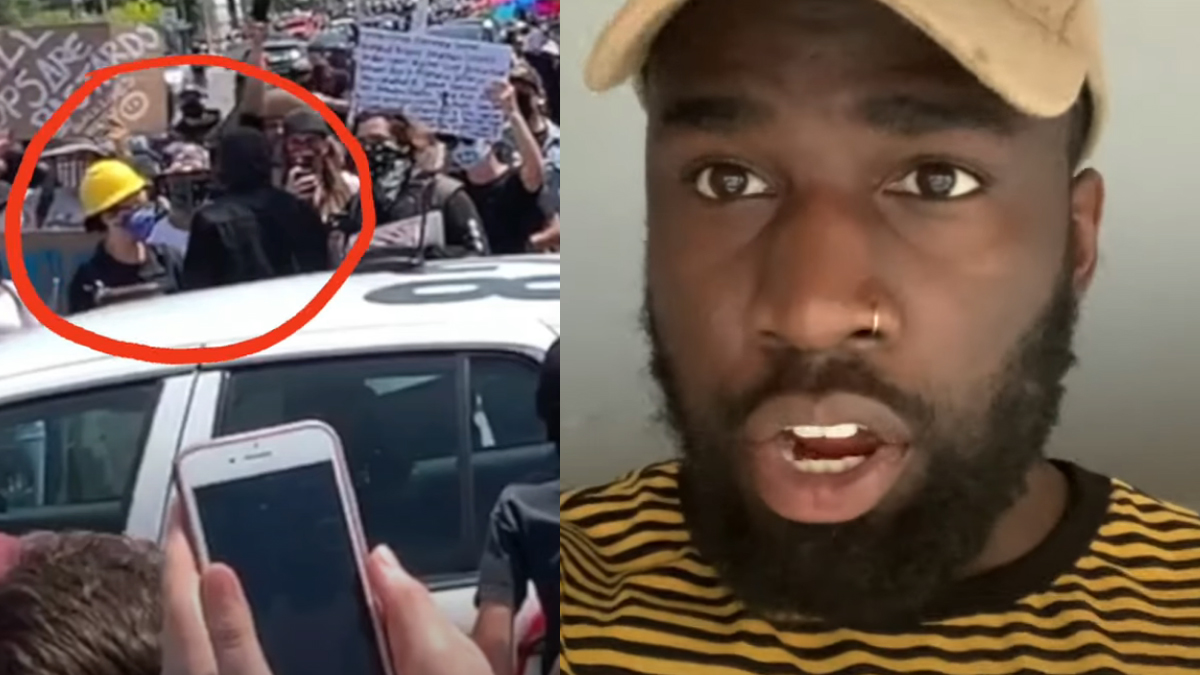 A YouTube video by The Chat Room is making the rounds recently, as the creators break down a bizarre piece of footage captured by a skeptical peaceful protester in Los Angeles. It appears to show a crowd having trouble beginning the destruction of a police car. After the first few rioters jump on the car, effectively initiating the first destructive action, a seemingly coordinated group swoops in almost instantly. The car is quickly double-teamed with simultaneous skateboard smashes, and a woman proceeds to douse the car with kerosene. This is just one of many incidents nationwide causing staged riots and agent provocateurs to become a hot topic.

Accusations of staged riots were almost immediate in the initial Minneapolis chaos, as a witnesses recorded an alleged police offer methodically smashing windows. Witnesses are even seen in the video trying to confront him about what he is doing and who he is.

“Those cops will come for you if you’re pulling that crap,” said Brad Svenson, the Minneapolis man who recorded the video, according to reports. “That’s garbage, pulling that s—.”

Another video on social media showed a man in a pink T-shirt begin to follow the man as he hurried away from the scene. At one point there was a brief confrontation between the two, but the masked man kept moving.“

Guy just came with a hammer and smashed the windows,” said a woman in the video.

The man next ducked through an open gate and across a parking lot while refusing to answer questions or remove his mask.

“Are you a f—ing cop?” someone else can be heard yelling to the man. “Does it matter?” the man says back before disappearing from view.

Amidst the constant barrage of protest media being uploaded to Twitter, many users are discussing the alleged planting of bricks for protesters to use nationwide. This is a controversial one though, because other observant users are quick to point out that many of these setups appear to be genuine brick-laying sites that were paused because of the rioting. One of the viral videos backs this up as it appears to show orange cones surrounding the palette.

Fans are deeply concerned about 24-year-old Nordan “FaZe Rain” Shat after he has been on Instagram Live during the past couple of days making damning remarks about almost everyone in his life and openly taking hard drugs for his tens of thousands of viewers.