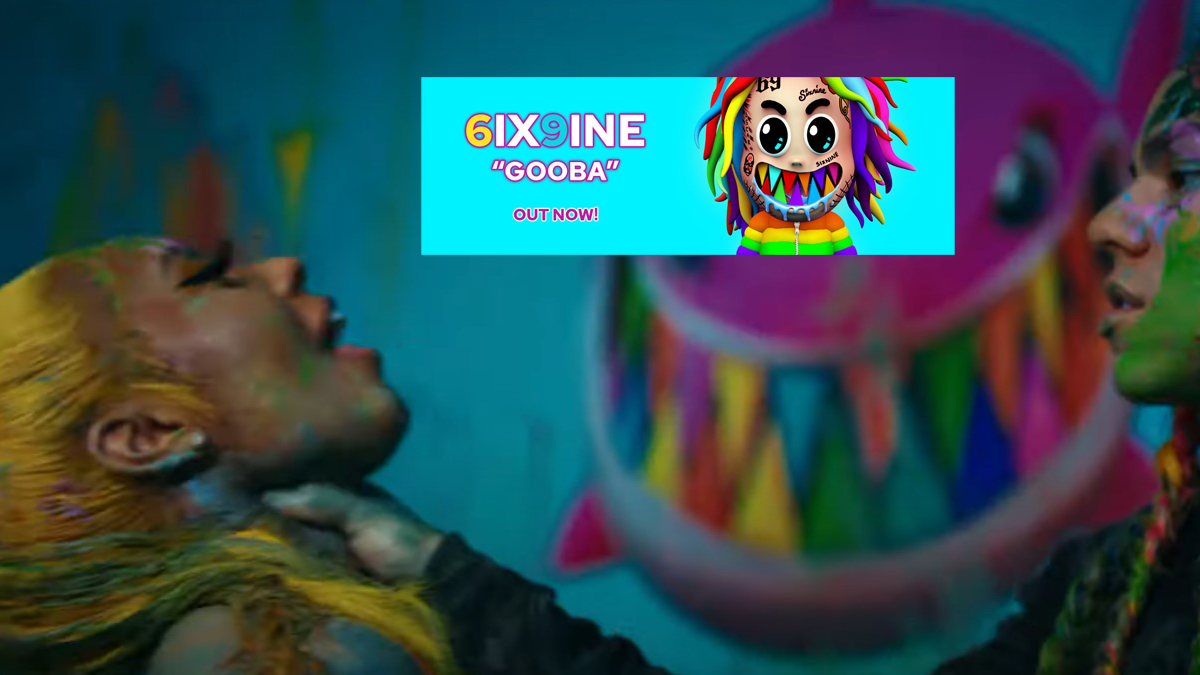 The controversial New York rapper born Daniel Hernandez is re-approaching rap in the most bold way. While he continues to rap about shooting people, 6ix9ine fills his latest video “GOOBA” with scantily clad woman, including a scene where he is choking one. He proudly boasts a diamond studded shark chain: Seemingly the same shark posing as GOOBA’s mascot.

6ix9ine had extraordinary run at the top of the music industry between the end of 2017 and November 2018 when it all ended due to his indictment. He had used beef and drama to fuel his career, and was a powerful social media presence and troll. The FBI became involved when 6ix9ine associated with New York gang members to harden his image and reputation. His partnership with the Nine Trey Gangsters served as a protection, and he used it to instigate more beef.

When things became too violent, almost every member of the 6ix9ine / “TreyWay” entourage were the subject of a massive indictment by the FBI. The feds had impressive volumes of evidence, from wiretaps to CCTV footage. 6ix9ine infamously took the stand in September, 2019 and incriminated all of his cohorts in order to save himself. This plea deal with the feds allowed him a release by April, 2020 so he could continue his rap career. Though he is restricted in his movements, 6ix9ine is still as confident and flamboyant as ever in “GOOBA” – Watch the new music video above or click here

King Von is a woman-killer with a buzzing rap career