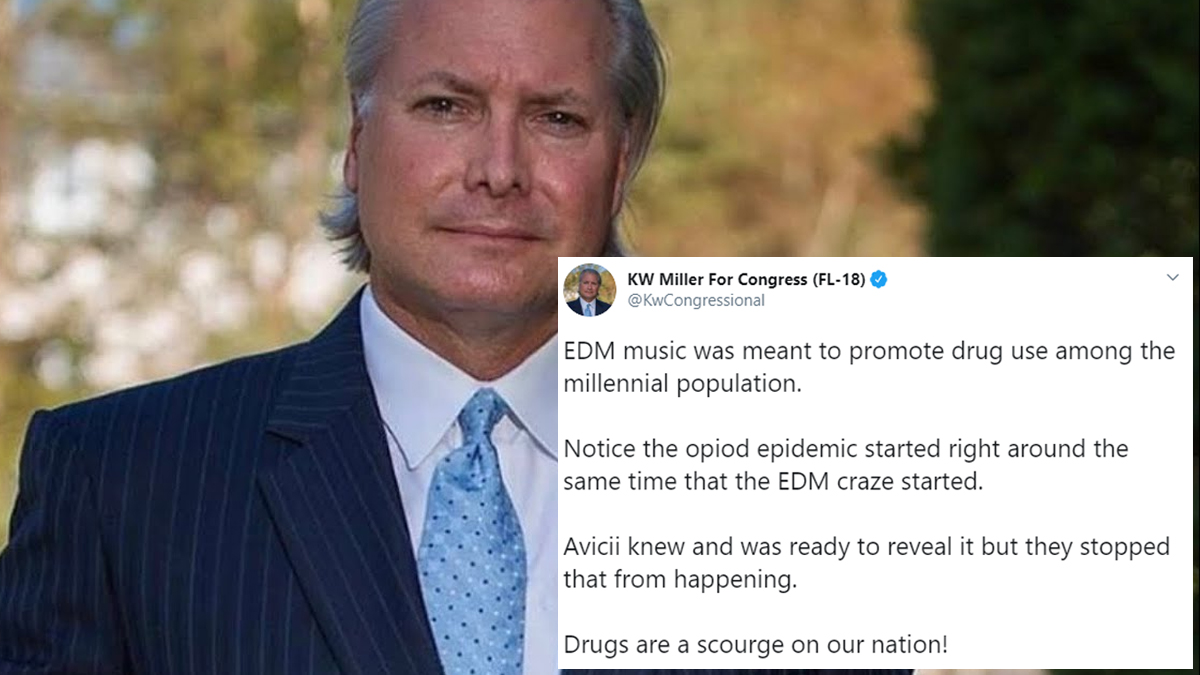 The American EDM community is rather displeased this week after a Florida congressional candidate tried to link dance music with the opioid epidemic ravaging the nation. The man, named KW Miller, is running for the House seat in Florida’s 18th Congressional District.

“Anyone who takes a stand against arts & culture with the guise of protecting people from drugs fails to focus on the right aspect of the problem. Once again, drug addiction is a health issue. Drugs don’t simply manifest out of the music played in venues. Music is universal and cross-cultural. Correlation of opioid use to EDM popularity is better blamed on shortcomings of the healthcare system and the same types of laws that these legislators caused in the first place. This post represents nothing more than an exercise in propagating cultural fallacies; a distracting, yet falsified fingerpointing to those who enjoy a different non-mainstream style of arts rather than to direct the responsibility to the very people who are responsible for writing laws to fix our society. Who the hell even uses opioids at shows?“

EDM is a broad acronym which stands for “electronic dance music”, encompassing music that is almost always digitally produced and crafted specifically for the “rave” crowd. The music is largely without vocals, and is usually driven by tough synth and bass-lines. Notable genres include house, dubstep and drum & bass.

Who is KW Miller?

“KW Miller (independent) is running for election to the U.S. House to represent Florida’s 18th Congressional District. He is on the ballot in the general election on November 3, 2020.“
…
“KW Miller earned an undergraduate degree from the Catholic University of America in 1992. He earned a graduate degree from the UNC Kenan-Flagler Business School in 1998. Miller’s career experience includes working in the energy, finance, and infrastructure industries.“

From the Ballotpedia entry on KW Miller

This recent unpopular opinion of KW Miller’s is not his first, as the older Florida native has been in local headlines already this month for his controversial tweets.

He says it was actually about restoring rule of law to “inner-cities.”

KW Miller, a Jensen Beach Republican running under no party affiliation, had until this moment remained relatively quiet.“

via The Miami Herald