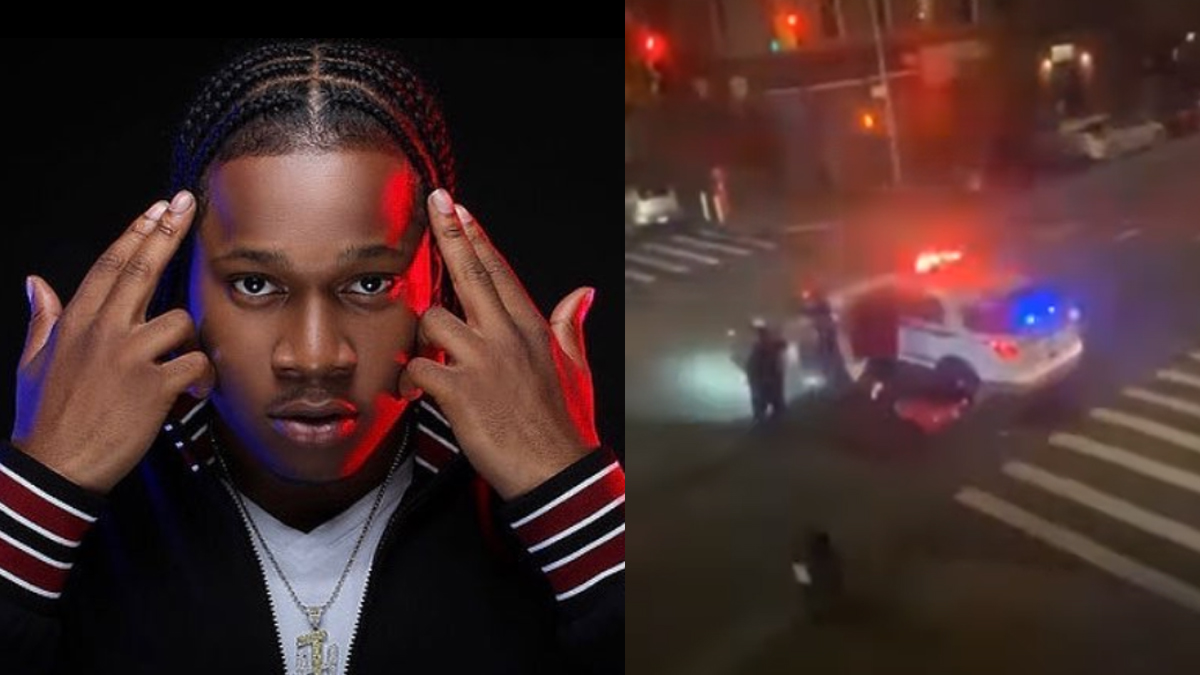 On the night of May 10, tragic news broke that rising Folk star Nickalus “Nick Blixky” Thompson was murdered in Brooklyn. Initially, a video spread on social media taken by bystanders exclaiming that the police had “shot him 7 times”. Because of this, the first news to circulate was that Nick was killed by the NYPD. This was the cause of an uproar, before fellow Blixky member Nas Blixky announced that Nick did not in fact die in this manner. We now know (assumingly rivals) killed Nick with a shotgun, and police are investigating a link to Pop Smoke’s death.

Nick Blixky is a primary member of buzzing Brooklyn rap crew The Blixkys. With work dating back about four years, these young rappers are of Folk / Gangster Disciple affiliation and make it exceedingly clear in their lyricism and imagery. This set is long involved in Brooklyn street wars with rival gangs such as the Woos and more. Many young men have lost their life to these wars and much like Chicago drill, mentions of deceased soldiers are a common theme in the music.

Not all Brooklyn Folks are necessarily Blixkys, though. The Blixkys are a group of select members with an ability to rap, and they have stayed exclusively rap buddies since the beginning. Headed by Jeffrey “22Gz” Alexander, The Blixkys have always made sure to put the most effort into their productions. Some of their earliest works were even mentioned in a write up by Noisey.

“You not twirling you a fool, kill him if he Woo, see him on the news”

After 22Gz had already established a presence, the crew hit a roadblock in Miami one night when the Blixkys were allegedly involved in a murder. The police were close to the scene and gave chase, and amidst the chaos Blixky member “So” was killed by the Miami PD. We would later learn that the lone individual hit by police gunfire that night was also the shooter in said murder of Ladarian Tyrell Phillips (as proven by gunshot residue evidence). 22Gz was arrested on murder charges in Miami that night and sat in jail for about 7 months before his innocence was proven. When charges were dismissed, the Blixkys were subject to a huge popularity boost due to their antics and had more eyes on them for their return than ever.

Eventually, 22Gz would land himself a record deal with Kodak Black’s Sniper Gang label after staying musically persistent following his release in Miami. Other Blixky members like Nas Blixky, Nick Blixky and Breezy Blixky were at 22Gz side throughout the entire ordeal, pre-arrest career and post: All set to have their own careers.

Nick Blixky released one his very first solo music videos called “Jet Li” to an initial success (360,000 views as of now). The rest of the Blixky squadron is seen in the music video. Two years ago, Nick Blixky put out “Pay Attention“; a solo music video with popular videographer FlowtasticTV that was also a success (380,000 views). The sequal to “Jet Li” was released in November 2018 featuring 22Gz, racking up 1.1 million views as of now. His successes peaked when he released the music video for “Drive the Boat” on WorldStar featuring 22Gz and Nas Blixky. The single quickly amassed two million views.

Immediately before his tragic murder, Nick Blixky was set to release a solo tape called “Different Timin“. This would have been a huge milestone in his solo career and the release slated for June 3rd would have undoubtedly attracted attention. If it wasn’t tragic enough that we taken on Mother’s Day, we also found out that Nick has a child on the way as well. Heartfelt tributes from Blixkys and fans have been pouring in, and fans and influencers alike are continuing to call for an to end to black-on-black crime.

Nick Blixky’s discography extends far beyond what is mentioned in this article. Check out the rest of his music on YouTube here.