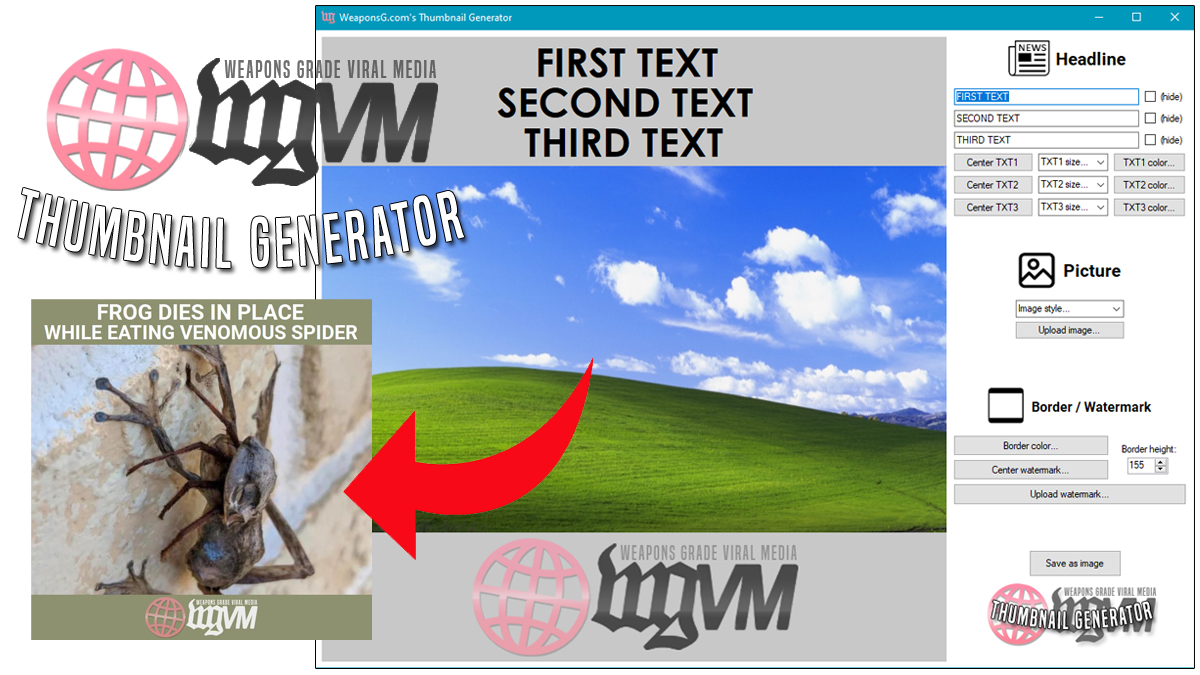 The user must input a caption, their logo or a watermark, and a pertinent image from where they can adjust a multiple variables to make the perfect thumbnail. The result is a square 750px image ideal for Instagram.

Coming in the future:

Support for different fonts, the ability to add a custom borders, automatic saving of your border and watermark settings upon exit, more font sizes, and much more. We would appreciate if you could sent us feedback or ideas via our Submit page!