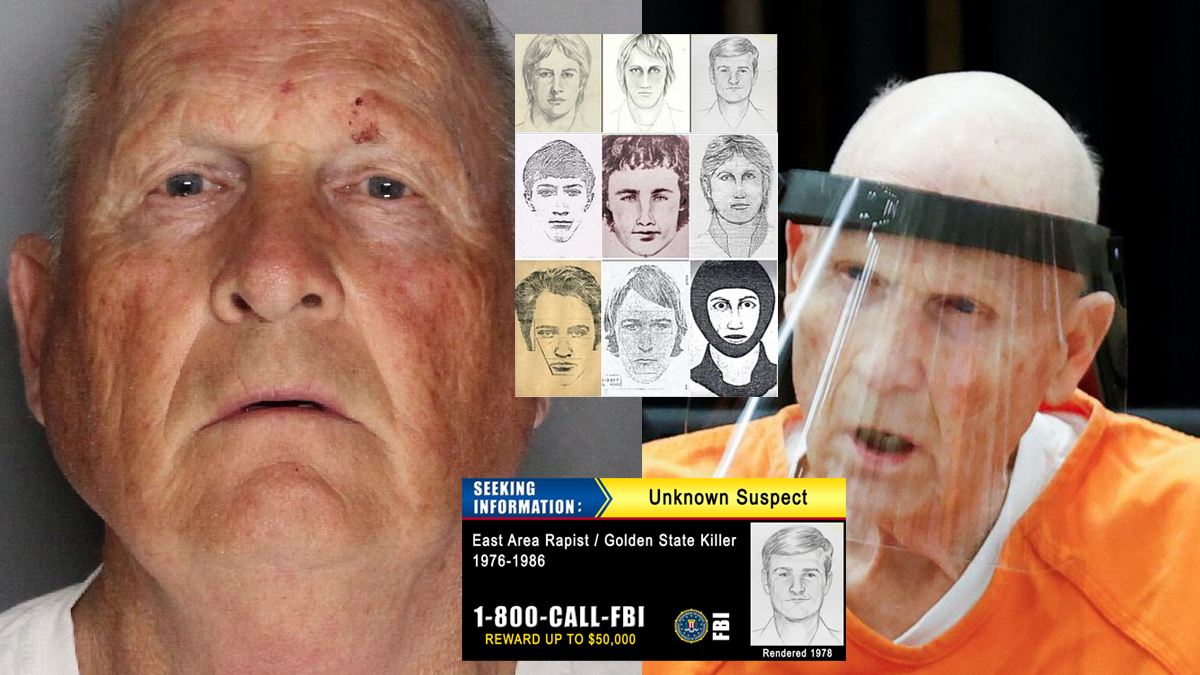 The Golden State Killer is a name that refers to a then-unidentified man that terrorized California from 1974-1986, committing dozens of rapes, murders and burglaries throughout the state. The name “Golden State Killer” was given to him in 2013 by a crime writer who was raising awareness for the case. It took until the 2000s for DNA evidence to link all of these crimes together, crimes that had been attributed to three different pseudonyms by news media back in the day.

The Golden State Killer case came to an end in June 2020 when 74-year-old Joseph DeAngelo plead guilty to 13 of the infamous murders from the 70s-80s. WeaponsG.com has compiled a list of what we think are the most essential details pertaining to one of America’s most notorious true crime stories.

Before that, a brief summary:

Joseph DeAngelo (probably) began his crime spree in Visalia, California (mid 70s) where he would break into homes and steal small items with sexual motivation. His Visalia career was so prolific that the news dubbed him the “Visalia Ransacker” at the time. These crimes turned into murder one day when a man named Claude Snelling confronted the ransacker (who had subdued his daughter). The ransacker immediately shot and killed him, which is probably the first murder committed by the Golden State Killer.

The Visalia Police eventually did a stake-out in an attempt to catch him in the act, which culminated into a gun fight that the ransacker escaped from (while shooting a police officer’s flashlight).

Around a half a year after the Visalia spree, the Golden State Killer had stepped up his modus operandi and began to rape and kill. He was now in Northern California, terrorizing communities with more heinous tactics, and would eventually be responsible for around 50 rapes and 2 murders.

The news and police had been unaware of the connection with the Visalia criminal, and dubbed this suspect the “East Area Rapist“.

“Most victims had seen (or heard) a prowler on their property before the attacks, and many had experienced break-ins. Police believed that the offender would conduct extensive reconnaissance in a targeted neighborhood — looking into windows and prowling in yards — before selecting a home to attack.

The female victim was usually forced to tie up her male companion before she was bound. The bindings were often so tight that the victims’ hands were numb for hours after being untied. He separated the couple, often stacking dishes on the male’s back and threatening to kill everyone in the house if he heard them rattle. He moved the woman to the living room and often raped her repeatedly, sometimes for several hours.“

The East Area Rapist attacks stopped in 1979 when Joseph DeAngelo moved to Southern California and began his crime spree as the Original Night Stalker (dubbed by the media). During this period (1979-1986), the Golden State Killer would commit ten of his thirteen murders and was undoubtedly piquing in his criminal career.

Matched DNA evidence in 2001 would eventually confirm that the East Area Rapist and the Original Night Stalker were the same person (leading to the nickname EARONS).

Here are some of the most interesting details of the Golden State Killer case:

“DeAngelo was, by all accounts, a trustworthy and reliable man. He’d been awarded numerous medals for his 22-month service in Vietnam, where he purportedly lost a finger. He was educated and respected authority, as evidenced by his job as a cop.“

Here is a great place to read about and discuss one of America’s most long-running and notorious True Crime timelines: