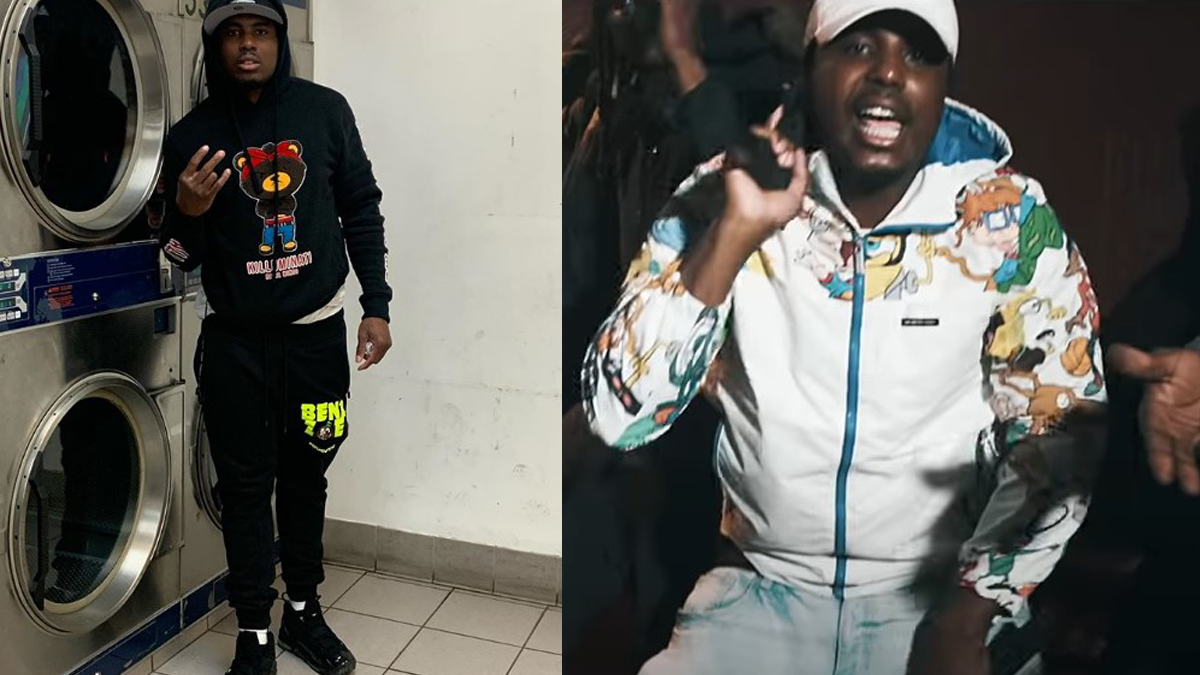 Many are calling him the hottest up-and-comer in his hometown now, but 30 year old Chicago native Benz Zoe (Instagram) has been working hard since 2018 with initially little views. In 2020, he has a sizable discography (as well as filmography) to prove it. Now he is showing up to different hot interview platforms around his city and getting all kinds of justified attention.

You’ll hear him make mention of “Blackgate” and “Checkout gang” frequently, the name of the Chicago gang in which he is primarily associated. Blackgate Black Disciples have a long history of ally-ship with neighborhoods like O’block, Lamron and Front$treet- names you might of heard come up during the initial super-stardom of Chief Keef and Lil Durk.

Taking the whole culture as seriously as possible, last year Benz Zoe began a movement on Instagram to market himself called “GoofyK” (Goofy killer), with official merchandise too. His lyrics reflect this, as well as his invigorating “Checkout!” tagline -screamed on almost every track. Benz Zoe is an example of an up and comer that knows how to create a brand and identity, things that are essential in the era of social media.

Self investment and grinding

In his videos, his confident and energetic flow sits immaculately upon legitimate beats in which he clearly invests in. Benz Zoe only hires the most talented videographers in the Chi: So far A Mac Films, Dibent and RickeeArts have all made movies for him. His discography is almost as professional as it can get sonically.

The Lyrics of Benz Zoe

Not straying too far from what one would expect from Chicago drill music, common themes in Benz Zoe’s work include guns, murder and drug use (primarily regarding the arguable MDMA / “X” epidemic plaguing Chicago’s streets forever). Expect to hear the real names of deceased rivals, and direct mentions by name of other organizations in which his has blood beef with.

Benz Zoe’s current biggest track is the four-artist epic called “Menace to Society” (150,000 views as of now) w/ THF TP, THF Billa, and Memo 600. You might recognize the name THF TP from divisive Chicago street anthem “Bus Stop” in which Lil Durk is seen controversially in the background. Memo 600 is already riding a huge wave in Chicago, and he was briefly a fan-favorited collaborator with Benz Zoe before the two fell out.

Like most Chicago artists in 2020 that are trying to take over the drill culture, when you listen to Benz Zoe you are hearing war anthems. You are hearing the genuine emotion surrounding death and subsequent feelings of revenge that follow. You will hear references to seldom mentioned realities in a gangland like Chicago’s South Side, such as drug addiction and paranoia of death. The imagery might make you crave a party and the lyrics might make you anxious. These are all the hallmarks of a future Chicago success, and if we were to ignore his perseverance alone then we are the ones missing out. Follow him on Instagram and stay tuned, because Benz Zoe is just getting started.

Twhy from Chicago should have been a star