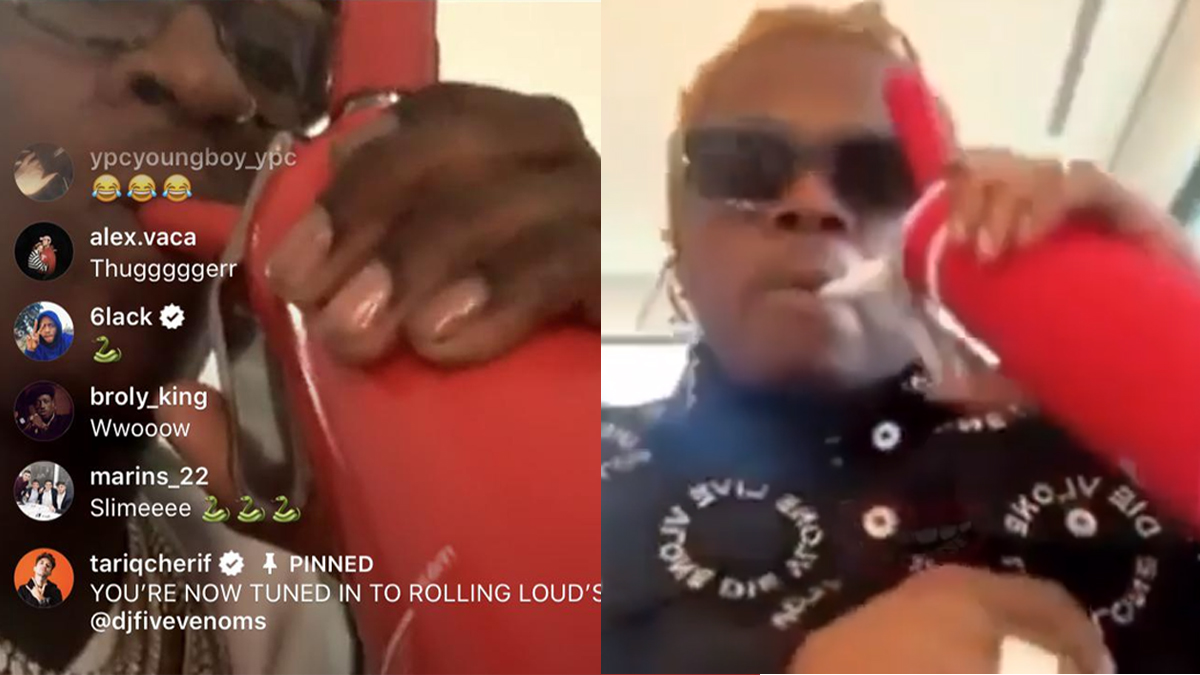 If you follow rap music closely, you might have seen a stir lately about certain well-known rappers getting into “whippits“. For about a month now, Young Thug and the YSL crew have been appearing on the internet doing just that – openly inhaling nitrous oxide cartridges from their own personalized whipped-cream dispensers. Nitrous oxide (often called “laughing gas”) is one of the oldest drugs around, but some young rap fans are just being exposed it for the first time now. If you are one of those people and are curious, you have come to the right place.

What are “Whippits” / More about Nitrous Oxide

Nitrous oxide is an almost totally legal and safe compound with uses in the medical, food and automotive industries. Some of the most common examples of use include:

In the UK it is commonly known as “hippy crack” and is a far more commonly used drug than it is in the US. Upon inhalation, it provides a very short lived, numbing and sometimes dissociative experience. Nitrous oxide is contained in small metal canisters (whippits) and must be emptied into a device to inhale it from. The easiest way is with the whipped cream dispensers that they are made for. Once primed, one can inhale from the nozzle directly (which is unsafe) or fill up balloons to inhale from at a controlled rate.

There is also the “cracker” – a small whippet puncturing tool for instant balloon filling (or inhalation, which is not recommended). Because of whipped cream’s prevalence, both whippits and cream dispensers are cheap and easily available in America, including on Amazon.

Surprisingly, nitrous oxide is one of the most safe drugs that you could do, and with some of the fewest side effects. This is true even in a recreational sense and in cases of abuse. Nevertheless, the abuse of whippits is obviously still potentially harmful (as is true with any substance). These are exactly the risks that one must be aware of when recreationally using whippits (via DanceSafe.org):

“Always remain seated. The greatest risk of using nitrous is injury from falling down. Nitrous can produce an immediate loss of motor control, and there have been many injuries and even some deaths when people have fallen down after inhaling nitrous oxide.

Your brain needs oxygen! When doing repeated doses, make sure and take at least a few breaths of fresh air in between nitrous inhalations. Brain damage and suffocation can result from oxygen deprivation.

Never inhale nitrous oxide by yourself. It is possible to lose consciousness entirely under the influence of nitrous, and people have died after falling face-forward onto pillows or soft cushions, blocking their breathing passage. Always have a sober sitter.

Never inhale nitrous directly from the whip-it canister or cracker. Compressed nitrous is at a high pressure and a freezing temperature, which can cause severe damage to the lungs, as well as burns to the throat and lips. Always dispense the gas into a balloon or a larger dispenser first and allow it to warm up before inhaling.

Nitrous has a mild addiction potential. Long-term use can cause long-lasting numbness in the extremities and other neurological problems.

The regular use of nitrous can deplete vitamin B12, which can cause serious (but rare) complications in individuals with lower than average B12 levels.

Nitrous is legally available for over-the-counter sales, although in many states it is illegal to sell to a minor. Some states also have laws against inhaling nitrous for the purpose of intoxication, or possessing nitrous with the intent to inhale it. A person caught using it recreationally could face misdemeanor charges.”

The Fan Responses to Rappers doing Whippits (and More Reading/Watching)