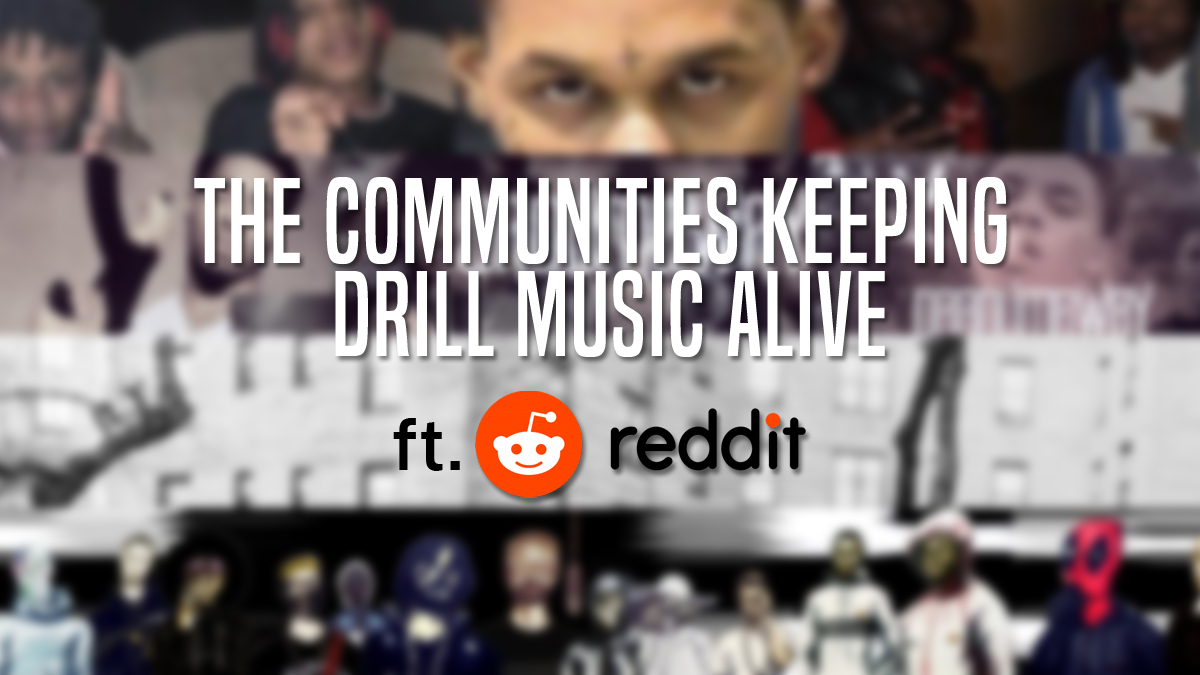 It is very clear lately that drill music is surging, mostly thanks to buzzing artists like Pop Smoke and Fivio Foreign (who Drake recently hopped on a track with). The rising popularity of this New York sound is causing a return of interest in drill music in general, and the online communities that harbor it’s discussion are seeing an uptick in subscribers and quality.

In the age of modern web discussion being mostly dominated by Reddit, it only makes sense that younger demographics are digitally gathering on such a simple platform. Fans are now especially jumping on the Reddit portal for the ground-zero of drill culture – that being Chicago, Illinois. The first of communities to be featured today is the original drill Subreddit, “Chiraqology”.

“r/Chiraqology, a subreddit to discuss drill music and Chicago gang culture. Keep up with drill rappers, gang members, and the latest in gang beefs.”

Description of the Subreddit (21,300+ subscribers currently)

Over on Chiraqology, you won’t miss any of the hot Chicago-based drill music coming out. All bases are covered, from the on-going careers of Chief Keef and OTF, to the lesser known street figures in the city making noise outside of music. Social issues in Chicago are a huge part of the discussion: Fans speak on “who killed who” and all of the rest of the crime and drama, often brazenly mentioned in lyrics or on social media by the figures directly involved. Here is some of what you can expect to see over on Chiraqology:

Twhy from Chicago Should Have Been a Star

“All about UK drill music and news.”

U.S. fans will be skeptical to agree, the drill scene in the U.K. is one of the largest factors in the world making up for what is considered “drill music” (numbers-wise). American and English drill cultures are hugely divided, especially before Brooklyn’s Pop Smoke blew up from rapping over a UK beat. The violent tendencies of the scene remain however, with less emphasis on guns (due to the relative lack thereof) and more-so on the prevalent knife crime. A huge story in the U.K. drill music scene was the murder-arrest of rising star Unknown T, famously interviewed by No Jumper right before he was scooped up. Thankfully, The case was eventually dismissed.

“A subreddit to discuss New York & New Jersey drill / hip-hop and the culture. From project drug kingpins of the 80’s and 90’s to the rappers & entertainers. Share old school and new school stories, pictures, learn about things you never knew before.”

Not much has to be said about the NYStateOfMind community that hasn’t been said about Chiraqology, this is just the N.Y. hub. Not only will you never miss a locally rising drill prospect, but you can expect a similar culture deep-dive to what the Chicago drill community has to offer.

The new Sheff G song was one of the most up-voted topics on the Subreddit lately. Michael “Sheff G” Williams is one of the most promising Brooklyn rappers on a come-up right now, known for an on-going gang beef with the Folks / Blixkys (22Gz crew) that has extended into rap for years. A street legend in N.Y. is that the late Nick Blixky is responsible for the slash wound on Sheff G’s forehead (also discussed on /r/NYStateOfMind).

DaDumbWay is mostly a “NBA Youngboy and co. versus his enemies + Boosie” portal, but it is only fair to admit that almost everything Louisiana drill is to be found on this rising Subreddit. The community is owned by super-Redditor “GloUpNow“, who also happens to be one of it’s most quality contributors. You might have seen GloUpNow’s work cited in a controversial video by YouTuber “TrapLoreRoss” where he describes the literal wars NBA YoungBoy has fought during his career.

Fredo Bang affiliate Mieyoshi “Lit Yoshi” Edwards is one of the most discussed topics on the Subreddit. Before rap he was known for being a “Top Boy Gorilla” shooter, the Baton Rouge gang in which Fredo affiliates and NBA YoungBoy’s people beef with. Many bodies have dropped in this long-running war, and Fredo and company are quick to use it for musical leverage. A recent Lit Yoshi song “Runtz” was hugely controversial because of the incriminating lyrics that were later censored (probably by lawyer advice). Lit Yoshi has this to say about a deceased NBA associate (“Dump“):

For the first verse he comes out the gate with “Fuck that boy, yea I hit his partner up“, but this lyric was silenced out in the final version. Despite this, there is still a time at the end of the song where the lyric is clearly heard. Redditor GloUpNow even claims that Mieyoshi “Lit Yoshi” Edwards is in fact responsible for the death of Dump, who was NBA YoungBoy’s manager.

“Everything hip-hop! The latest mixtapes, videos, news, and anything else hip-hop related from your favorite artists.”

The #1 source for everything hip-hop on Reddit is the HipHopHeads Subreddit, which is followed by nearly 2 million people and mostly just a source for new music. With that being said, you should also expect to find hot and breaking hip-hop news as well as rising talents. Drill music is hardly ever mentioned on this Subreddit, as it is a much more niche subculture with only a few break-away stars.