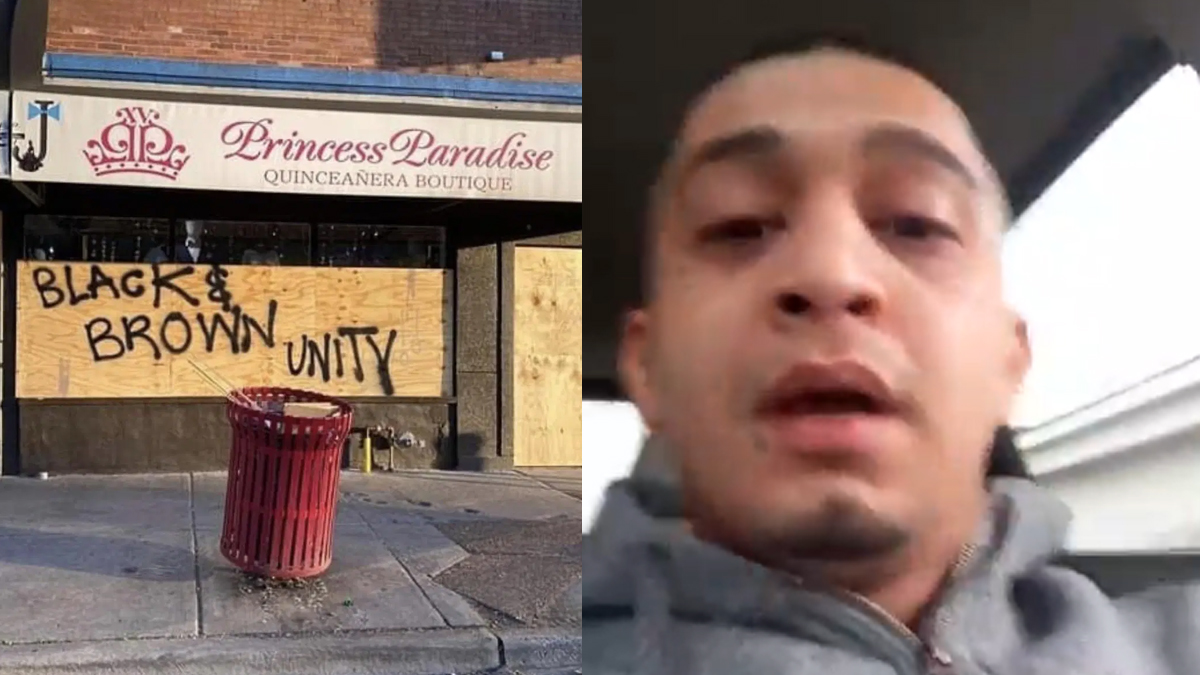 As the international protests for George Floyd proceed into June, the situation only grows sadder as the rioting and chaos continues to claim lives and destroy people’s livelihoods. Now, the country is experiencing some black/Latino tensions that it had not been previously.

Many large American cities consistent of hugely of poor, hyper-urbanized neighborhoods. Unfortunately, many of these communities are either black or Hispanic. When violent tensions arise like those we are seeing now, the anger doesn’t explode too far from home. Black businesses and communities are the ones being ripped down right now, And their closest neighbors are usually the Latino populations. Some Latinos are now finding themselves uncomfortably close.

This is unraveling right now in places like Chicago and New York. Locals directly involved in the drama are putting the message into the universe that it is more than blacks versus the white system. Now, it’s supposedly becoming black vs brown.

Chicago Local (Latino) Warns Blacks about Straying With Their Looting

…And Also Happening Now in Chicago:

Same Latin King from Warning Video Issues Retraction, Invites Black Protesters to Join Him (Which Was a Success) (via WorldStarHipHop)

The Big Apple is experiencing a similar situation at the moment. Not city-wide, but particularly in an area called Dykman (Inwood, Manhattan). A situation ended up going viral after local (black) residents said they were being chased out of their own area by the Latinos, in fear they would start destroying the community. This lead to lots of acute anger between Latino and black men in the city:

The Fear-Mongering Re-Host of the Original Video (via @djhazeee , WorldStarHipHop)

One of the Local’s Response:

Eventually, we learn that the problem in Dykman consisted (apparently, according to more locals) of certain individuals with malicious intentions. The issue was never racial, as the same critical local would eventually help make clear:

The Community of Dykman Eventually has an Inter-Racial Meetup