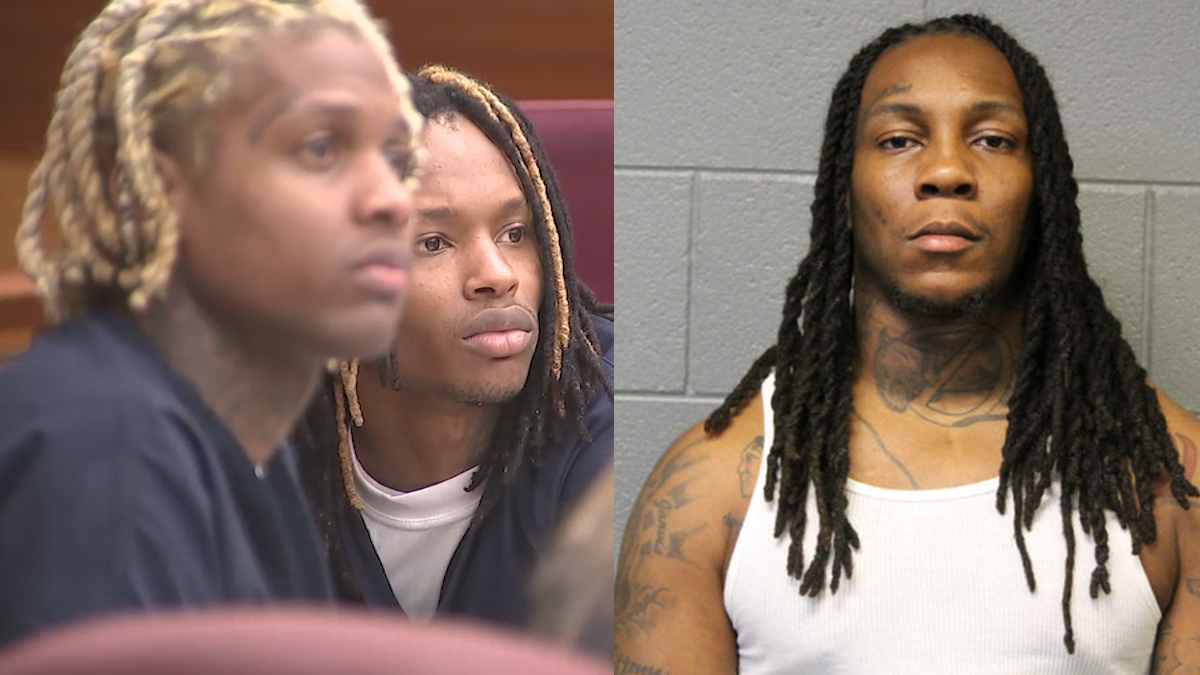 On Tuesday, Feb. 5, 2019 investigators say that Lil Durk and King Von were involved in an incident in Midtown Atlanta where they robbed and shot someone. Reports state $30,000 was taken (and more), and the victim was shot and nearly died. Durk is seen on camera firing shots from a car and King Von is seen on foot, running and firing shots at the victim. The entire thing took place in the parking lot of the iconic “Varsity” restaurant.

In May, King Von was arrested in Cook County and held without bond to face many charges in Fulton County (Georgia): These include attempted murder, firearm and gang association charges. King Von was only released from jail half a year ago after facing murder charges without bond for 3.5 years. Upon his release, he signed to Lil Durk’s label “OTF” and began a rap career.

During the probable cause hearing for the recent Atlanta case, we learn the third and fourth co-defendants are Devonshe Collier (OTF Bayzoo) and Ameer Golston (AAB Hellabandz). Devonshe Collier, also known as Bay Zoo, is also an Atlanta based OTF artist originally from Chicago. Fans on the Chiraqology subreddit noticed that after King Von’s arrest, Bay Zoo was facing extradition from Illinois as well. The difference is that Devonshe is being held at a federal institution unlike his co-defendants. Sadly, Hellabandz (of Chicago) was murdered in Miami on May, 2019 before he could ever face charges.

UPDATE (2020): Bay Zoo was eventually released from lockup but is still awaiting trial along with all of his co-defendants.

Devonshe “Bay Zoo” Collier was arrested for the gangland murder of Dominic Barnes in July, 2009 in Chicago. Investigators say that Barnes was standing outside when a vehicle pulled up and gunmen opened fire. There were originally multiple suspects but Devonshe was the only one that was ever arrested for the murder. Eventually, all murder charges against him were dropped and Devonshe Collier became a free man.

Read about King Von’s murder charges and dramas: King Von is a Woman-Killer With a Buzzing Rap Career

We know through their music videos and social media that King Von is a native to Chief Keef‘s neighborhood “O Block” while Lil Durk belongs to allying set “Lamron”. Bay Zoo is based out of THF 44-46 which is also an allying gang to these two. All three of these gangs are united under “Black Disciple“: The “Gangster Disciples” are an oppositional banner above the heads of talents like Famous Dex, FBG Duck, Reggie Baybee and more. A gang expert briefly testified in the probable cause hearing about the defendant’s affiliations.

Investigators say that 18 rounds were fired, and shells were collected from a rifle and pistols. It is important to note that Alexander Weatherspoon also had a semi-automatic pistol during the struggle, and dropped it while running away. Chicago natives say that Alexander Weatherspoon is a Vice Lord from “over east” (referring to the entire east side of the South Side of Chicago, and not just South Shore. Thank you Redditors like u/joesoldlegs for correcting me).

Witnesses to the incidents in Atlanta say that Lil Durk, King Von and the rest sped away in a vehicle with a large 300 on the side of it. The entire incident was also recorded by multiple nearby surveillance cameras.

If you know any more about this case, visit the “Submit” page with your name and proof and I will make additions. I will also give you credit on the page. Finally, here are some comments left by Reddit users on the matter: