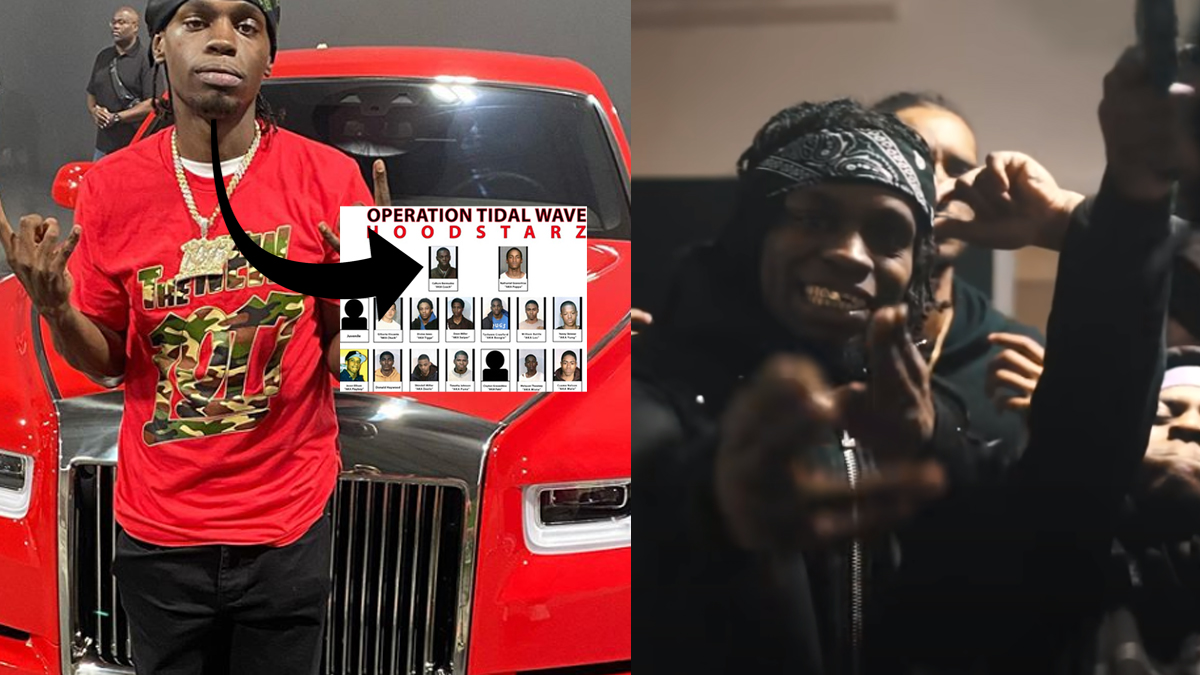 Who is Coach Da Ghost?

If you have been following Gucci Mane‘s label endeavors, you have probably seen that he has been trying to make careers lately. Atlanta native Ola Runt was just added to the 1017 roster in March after Gucci had been watching him for some time. Now it was revealed (yesterday) that the newest artist on 1017 is exciting Brooklyn drill talent Culture “Coach Da Ghost” Bermudez. With literally only a couple of songs in his discography, Coach Da Ghost is someone that has the reputation and experience to hop right into rap and start attracting attention (which is exactly what he did).

Coach Da Ghost (born Culture Bermudez) is not quite a kid in the same way most buzzing rappers are these days. Coach was just sixteen years old in 2012 when him and his gang were the subject of a huge indictment in Brooklyn. Investigators claim that Coach Da Ghost was actually a leader to his faction, known at the time as “Hoodstarz”. Police had been monitoring him and his seventeen co-defendants for more than a year, keeping tabs on music and social media. At the end, NYPD had tied the “Hoodstarz” and their rivals “Wave Gang” to a plethora of local shootings, including the fatal shooting of an innocent bystander.

“According to a yearlong investigation, the two gangs engaged in a reign of terror in a bid to control their neighborhood.

Last Aug. 31, Hoodstarz member Gilberto Vicente fired several shots in a courtyard, killing an innocent victim, Daniel Aleys, 19, with a shot to the head, and wounded other bystanders — including a 9-year-old boy and his father.”

From the NY Post regarding the Hoodstarz / Wave Gang indictment in 2012.

Police said the fisticuffs have exploded into gunfire between the Hood Starz, of Marcus Garvey Village, and the Brownsville Fly Guys, of the Marcus Garvey Houses. The two groups, police said, used to be allies. But there was a split late last year after one group thought the other was snitching. Over the summer, things grew violent.

Tyquan Spann, 16, who police say was tied to the BFG, was among the first victims. Sources said Culture Bermudez, 16, a member of the Hood Starz, shot Spann in the arm around 2:30 a.m. on June 27.

From NYDailyNews regarding the indictment

In 2020, N.Y. drill lyricism clues us into the fact that their current gang drama is separated into two primary factions: Woo/Wooo and Choo (pronounced “Choe”). Most “Choo” members are also Folk Nation / Gangster Disciples and lots of the beefs are shared. Interestingly, at the time of Coach Da Ghost’s indictment these titles were not primary. While the gangs were named what they were at the time, NYPD had evidence that said “Woo” and “Chew” were just slang they had used as a means of communication. Eight years later, the gangs have evolved to adopt this terminology as their primary means of identification.

Pop Smoke was one of the most well known Woo members in N.Y. before his murder, and he was involved in public beefs with Choo / Folk rappers for the entirety of his career. Coach Da Ghost even mentions him threateningly in “Woo K part 2“, which happens to be a Pop Smoke beat. “Woo K” means “Woo Killer”.

“You will get shot if you drop Choo (don’t do that), you’ll probably die if you drop Folk”

We should hope to see Coach expand his discography drastically now, hopefully with music videos and an album while they are at it. Read more on Weapons Grade Viral Media: