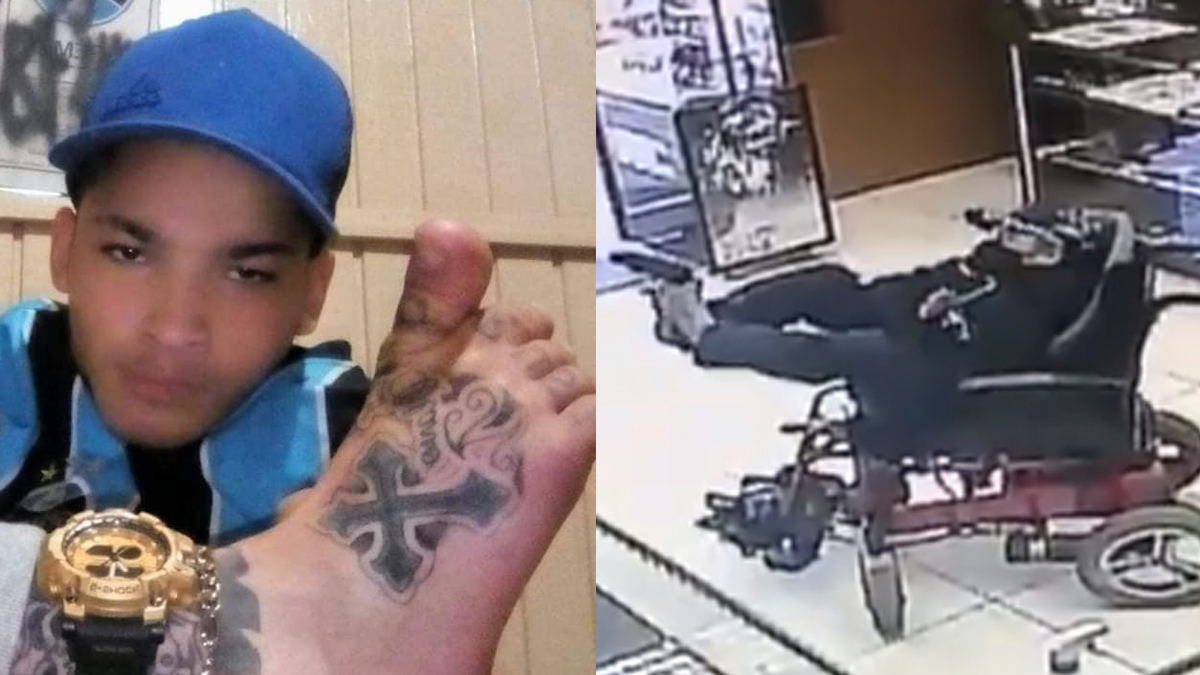 A shocking and amusing video from Brazil yesterday shows the moment a 19-year-old man with cerebral palsy attempted to rob a watch store at gun point, holding the (toy) pistol with his foot. The man is confided to a wheelchair, and both the customer and the watchmaker appear less than terrified during the exchange.

A 19-year-old dumb wheelchair was arrested by the Military Brigade (BM) on Monday afternoon after announcing an assault on a watchmaking on Avenida Júlio de Castilhos, downtown Canela. The BM staff was fired by a victim who was at the establishment.

According to the Military Brigade, the assailant announced the assault using a note: “Pass it all. It doesn’t call attention (sic) ”. After handing over the ticket, according to the police, he started to point the replica gun with his foot. The young man has cerebral palsy, has limited movement in the upper limbs and uses a motorized chair.

The military police, who were nearby, quickly arrived at the scene and approached the individual. The PMs found the weapon used in the crime on the floor and found it to be a simulated revolver. The young man still had a knife wrapped around his wheelchair.

With no criminal record, the assailant was caught in the act and taken to the Canela Police Station for registration. According to BM, he would have acted alone.

By Halder Ramos for Correiodopovo.com.br

The robber, Olavo Machado De Oliveira, has a Facebook full of photos clearly showing a young man with gangster aspirations (via Damien Perez on Facebook):

Memo 600 shares footage of oversea fans in a violent frenzy

Memo 600 shares a footage of overseas fans intoxicated by the culture.