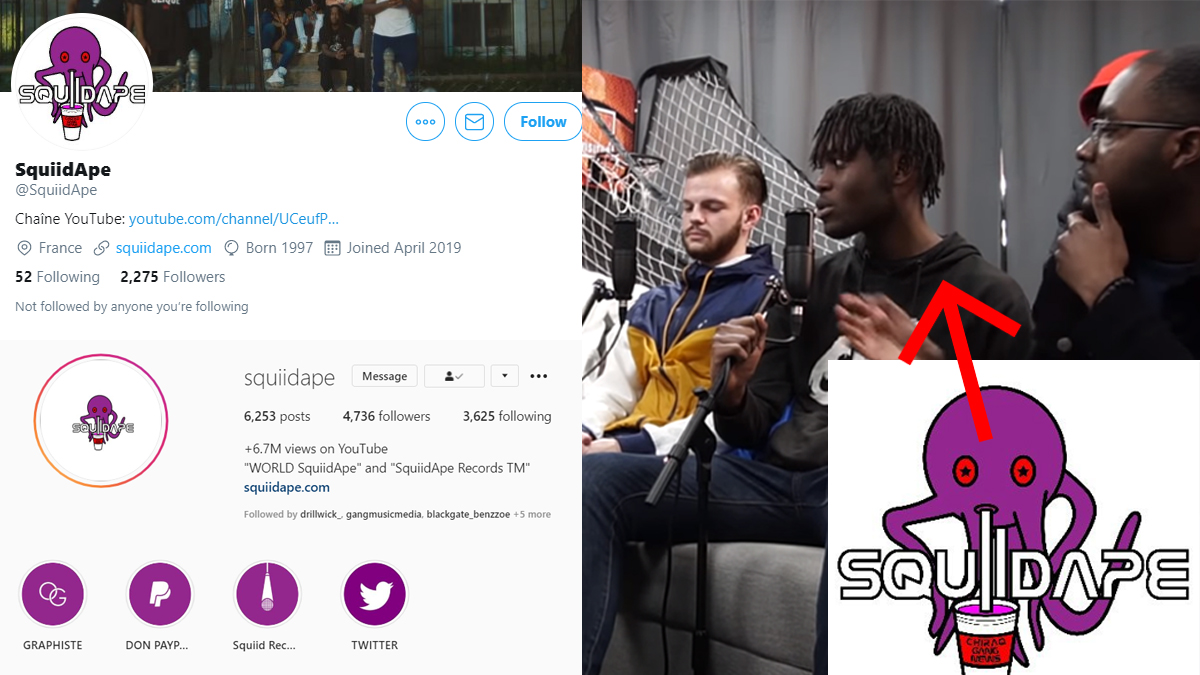 If you pay any attention to Chicago drill, you might have seen someone (maybe even a Chicago rapper) share a french post about the culture. There’s certainly no shortage of french drill fans, and therefore the demand for such content is high. Providing to this fan-base consistently and thoroughly are a blog collective curiously named “Squiidape”, represented by a handful of young France-based men who are obviously some of the biggest appreciators of the music. Squiidape is very in-tune though, and they deal in more than just music.

The official Squiidape website has been around many-a-years, and the formatting has almost literally never changed. Even with their 2020 logo update of a minimalist purple squid drinking soda, the website maintains its “OG” red squid logo variation. Content-wise, its updated somewhat often and is full of drill-gems for french readers, such as a recent write-up on the Glo-Gang/ Detroit connection.

Among their usual coverage of new music highlights and crime news, Squiidape has long been paying tribute to those fallen in Chicago (not even just rappers), all the way from their home-base in France. Recently they have been decking out their Instagram memorials with a bizarre purple tentacle “RIP”.