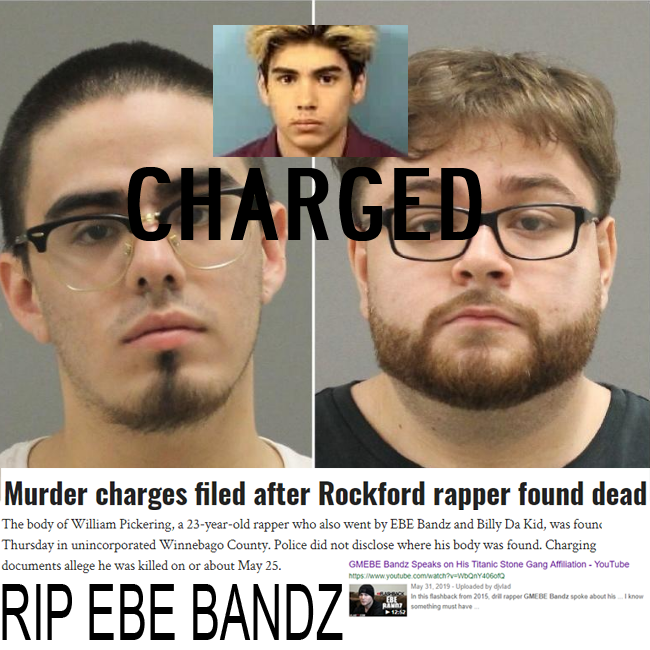 EBE Bandz Beaten to Death With Bat and Set on Fire, Three Men Charged and One Sought

Rockford publication rrstar.com says that William “EBE Bandz” Pickering was beaten to death with a baseball bat and then set on fire. He was found in unincorporated Winnebago County and it is said that he died after William Azrate, 22 (with the glasses on the left), struck him in the head with a baseball bat. The criminal complaint says he was acting with “two others”, and all three are now charged -William, Manuel Ramirez (right) and Dakota Graff (center). Dakota Graff (20) is still on the run.