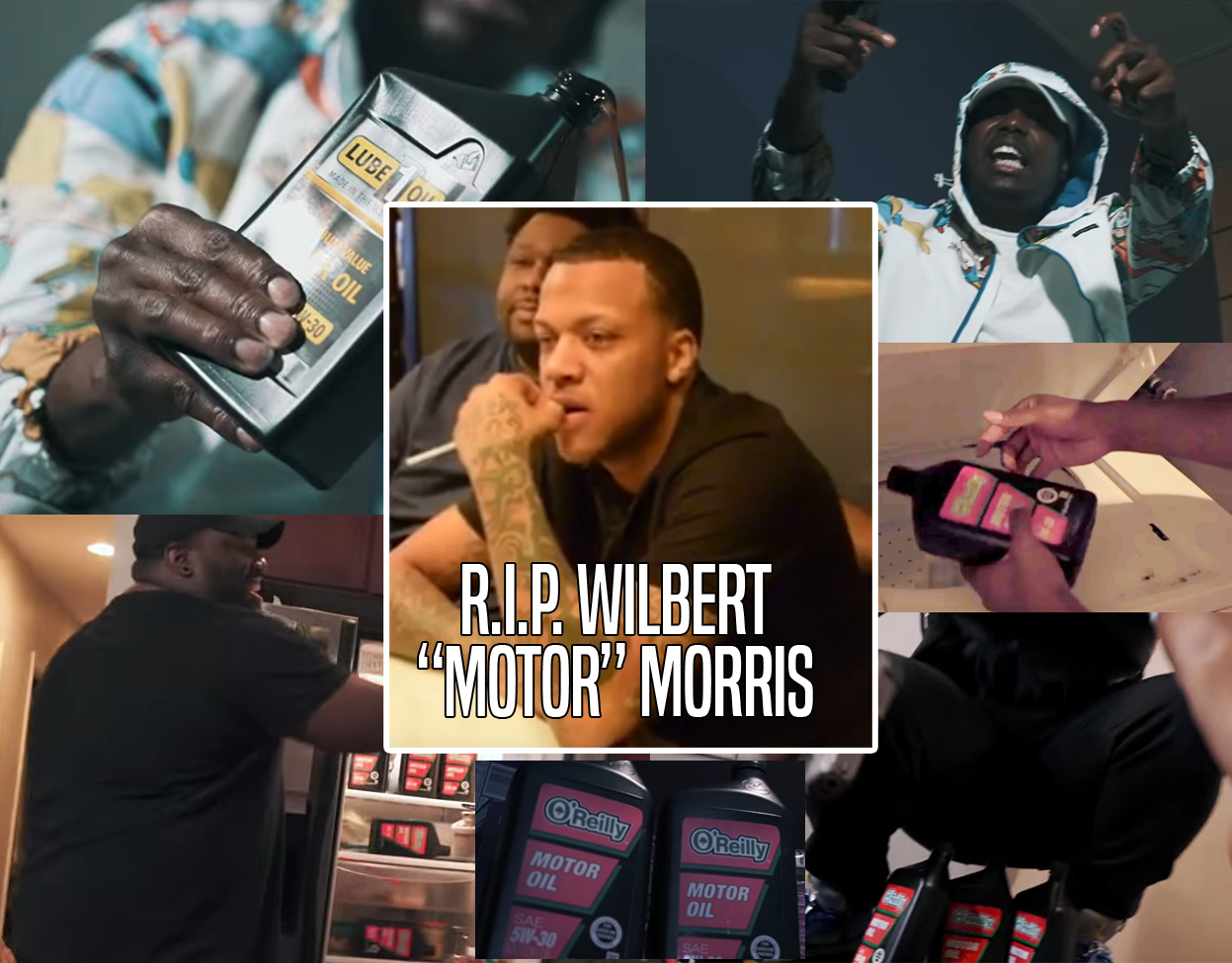 The @jaroboimotor Story and the Tragic Music it Inspired Ft. Benz Zoe

CORRECTIONS: I originally stated Motor was a Gangster Disciple, since he is from a largely GD set known as Jaro City. A Reddit user informed he is actually a Black Disciple. Shoutout /u/best2222.

I wanted to write an article to showcase the supreme drill talent of the up and comer Benz Zoe from Chicago, but I figured I wouldn’t be able to without also getting into the dark and seedy lyrics and themes of his so far small discography. Benz Zoe is from a set of Black Disciples in the South side of Chicago called “Blackgate”, based around 55th and Indiana. Geographically this set is very close to other BD sets such as O’Block / 300 (gang in which Chief Keef belongs), THF 44-46, and Lamron and is also allied closely. As a result, Blackgate shares the same friends and blood foes as many other rappers like Lil Durk, Chief Keef, Memo 600, and so on. Glory Boyz rapper SD is originally from Blackgate. 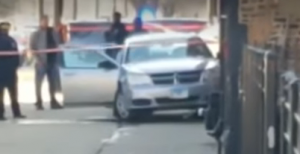 Way too much blood has been shed to get into the story from the beginning, but to keep it short- the gangs in Chicago exchange bullets almost purely over retribution and therefore dread. On January 3, 2019 at about 1PM – vehicle bound shooters in traffic shot several times into a moving vehicle containing Wilbert “Motor” Morris and Marcus “Side” Clark on 51st and Indiana. Both men were shot in the head and dead on the scene after the car they were in crashed into a wall, these are the first two murders of 2019. One of the victims specifically, Motor, was from a notorious and huge gang called Jaro City that is long time mortal enemies to gangs such as Blackgate, THF, 300, Lamron, and other mostly BD gangs. Jaro City is a GD set (Gangster Disciples). 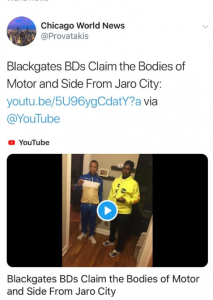 Almost immediately after the attack, Reddit users began to notice that the social media of Blackgate members was lighting up with boastful messages seemingly pertaining to the murders. The claims were so bold, that even famed underground drill reporter Provatakis of “Chicago World News” (now known as “The Street Report“) took to twitter about their indirect confessionals. Reddit users also noticed that Memo 600 began a short social media break right after the murders, and began to speculate he was in on the hit (or atleast in the car). 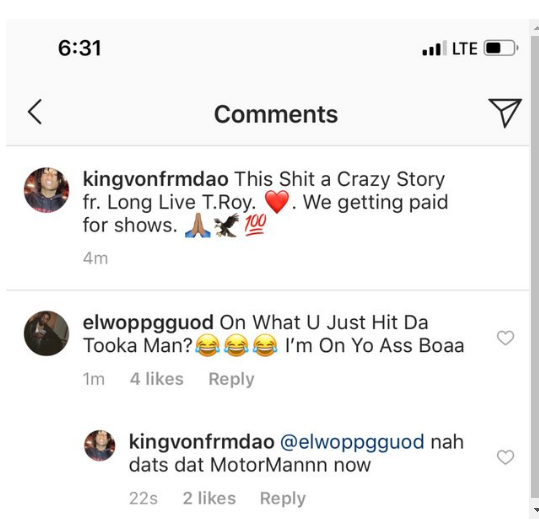 What gets interesting is that in March 2019, the local Chicago videographer “Smashvill TV” also known as “Dib Ent.” uploaded an “NLE Choppa – Shotta Flow” remix by Benz Zoe with an arguably very impressive visual unfortunately, showing Benz Zoe pose with a bottle of motor oil as well as pour one out in the very beginning. From a different gang and not usually seen around Blackgate, Memo600 makes an appearance in the video. Benz Zoe confirms he is referring to the death of Motor with these images through lyrics such as:

“I heard that Motor be dying, hey Benz Zoe why’d you say his name? Cause he got shot up in his brain, heard his homie caught the same”

At the end of April 2019, Smashvill TV uploaded the sequel to Benz Zoe’s Shotta Flow Remix #1, also containing a flashy and clean visual full of motor oil references. Various shots throughout the video show that excessive funding went into oil for the scenes, with bottles of motor oil in the fridge, cabinets, and being utilized in the wash machine somehow. Benz Zoe poses squatting with guns that look straw-bought clean and with bottles at his feet.

Unfortunately, Benz Zoe seems to be a very talented gangster rap prospect. With tough flow and lyricism and plenty of confidence in his delivery, I couldn’t publicize him without showcasing some of his finest works. Do yourself a favour and check out these tracks by Blackgate Benz Zoe (they even all have music videos).

Finally, we must remember that behind all this gang banging culture is tears, heart broken families, and people with close friends lost. Motor went by “Jaroboi Motor” and was on Instagram with that name. Many users on Reddit were shocked at his death. If you were wondering what Motor might have done to warrant such a legacy, I am wondering the same but I can prove through this row of his Instagram posts that he was certainly “about that life”.

The “5100 Loose Screw” post shows a picture of deceased Chicago rapper Marc “Lil Marc” Campbell, known for his disrespect and for being a a member of 051 Young Money, a gang made up of numerous different affiliations based out of around 51st and Drexel and 51st and Cottage Grove (South side of Chicago). This is a notorious gang for being the banner that LA Capone’s killers are under. Jaro City is one of the gangs in which 051 YM is closely allied. While this chapter of the gang war visualized is seemingly grim and without purpose, sadly this music is probably just incidental to blood already previously shed in the streets of Chicago. I will end on a somewhat positive but still very sad note: